Blog
You are here: Home1 / Blog2 / Uncategorized3 / What Should You Avoid When Planning an Awesome Animated Explainer Vide...

Animated explainer videos can be amazing when you’re trying to convey practical information to your viewers and prospects. Explainer videos provide information on how something works, or on the definition, varieties and important details of certain topics that are essential for your clients to understand – as in the case of ideas such as “equity” and “APR” if you’re selling mortgage loans.

However, animated explainer videos have their own limitations, as well as their own dos and don’ts. You have to be aware of them from the moment you start planning them, if you don’t want disaster to strike sooner than expected in your video marketing career.

One of the worst things you can do when preparing an animated explainer video is to create a disorganized script. The script of an explainer video is basically the heart of the entire show. If it’s out of pace and the ideas aren’t presented in a progressive order that will help ease the viewer through the concepts that are being presented and explained, then viewer engagement will suffer, and most likely, your audience will click away during the first minute.

To avoid that, make sure you plan out the structure of your script and put all the concepts you want to explain in their proper order. For instance, if you’re talking about what car insurance is, why it’s needed and how beginning drivers can benefit from it, don’t start by presenting the benefits. Follow the proper line of thought while explaining the concept first, and then showing why it’s needed and how the viewer could benefit from it.

Making Your Videos too Long

When it comes to some explainer videos, a longer animation can be a good idea. It can emphasize on key aspects that people don’t know about and provide valid examples as well. Even so, making it too long is a pretty big mistake.

An animated video that’s longer than 90 seconds will present a few problems. First, there’s a risk viewers will become bored. Second, it will include a lot of new information that most viewers will not retain. And thirdly, the main message might actually get lost in the colorful jungle/jumble of the intricate animations you are using.

The short attention span of today’s internet user will be best tackled with a short animation video about 1-2 minutes long. The animation should be fast enough to present 3-4 scenes in the span of 20 seconds, and the script should have a speed of about 150 words per minute. That way, you can optimize the quality and quantity of shared information and keep your viewers engaged for the duration of the entire video.

When you don’t have much time, template designs can work to your advantage in presenting short videos (under 1 minute long) and explaining basic concepts that will not require a lot of scenes. However, the usefulness and helpfulness of templates will fade as the video grows in length and complexity.

A boring template design that has been used by many other video marketers will simply not cut it. Most viewers will recognize it and feel like they’re watching something that has been done before.

Instead, try to add your own unique spin on template designs to make them feel original. You can add original elements or even your own slogans and artwork. If you’re not too artistic or you don’t have time for all that, consider hiring two different artists or companies to do your artwork and animations.

Making Your Video too Complicated

As with a lengthy video, complicated videos will be considered boring, and your audience will not be able to grasp the intricacies of what you’re trying to convey. Using complicated words and trying to explain complex issues and ideas can be a great challenge even with the best animations at your disposal.

It might be more prudent to create a summary of the explainer video you’d like to present, and keep the full video for those who are interested in learning more. That way, you can satisfy both the casual viewer and the aficionado who is looking for expert insight.

Not Using a Voiceover Artist

One of the biggest turnoffs for people watching online videos is the lack of a voiceover artist. A lot of companies and entrepreneurs prefer to use high quality animation, but ignore the need for an actual person who plays out the video script and explains things properly.

While in most videos you can get away with just using captions and text or even a robotic voice, explainer videos will yield far better results with a good voiceover artist. They can emphasize key parts of the scripts and keep viewers engaged. A video just showing text and animation is little better than an article, and the animation will just feel awkward and lacking in compelling strength in most cases.

These are some of the most important things you have to avoid when preparing and making an animated explainer video. Although there are other potential issues – such as not using a good opening line or making your videos too slow in their progression, the aforementioned issues should always be addressed first. 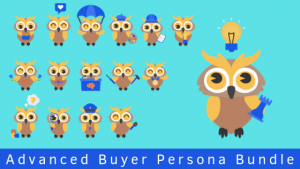